The “Push-Pull” of Tug

“Tug” was originally printed in the first press run of the Ultimate Puppy Toolkit. For “Throw-Back” Thursdays, here are the original retro photos and the still current “How-To” for this most excellent of games. “Tug” is a wonderful way to relieve puppy tension and excess energy. It also has two great benefits for you – it will leave your pup tuckered out and happy and it is a good way to practice “Drop-It” and “Take it, Leave it”. Be sure to get the knack of “Drop-it” and “Take it, Leave it” before you try Tug.

Tug is a wonderful tension reliever for dogs, to them, when they play this game, they are ripping and tearing at their prey, a natural instinct. Some of us would rather not think about this aspect of a dog’s character, but the reality is, they are dogs and this is normal for them. We can not ignore this most basic need in a dog’s behavior.

Tug is not a game we recommend a child play with the puppy.

If at any point during the game of tug the puppy does not follow the rules, the game is over. Put the toy away and ignore the puppy. This is crucial.

If you see the puppy start to wane at any point in the sequence, take the time to polish up his skills. For example his sit starts to get sloppy or his drop it gets slower, isolate the problem and work on that stage of the game until it is smooth again.

Jumping up to grab the toy, pulling at your skin or clothing, or clawing at your hands are all grounds to stop the game immediately.

Be sure you have mastered the “drop it” cue.

Here’s How to play Tug 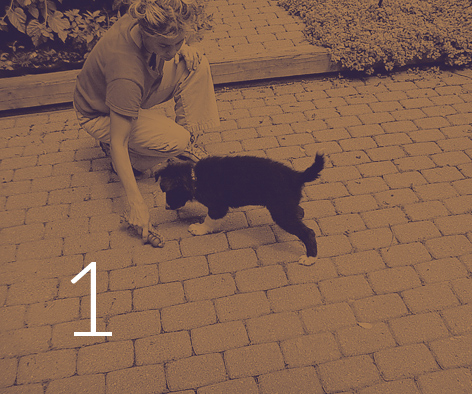 Excite the puppy to take the toy in his mouth, some puppies will do this readily, others will take a little more coaxing. If the puppy is not interested, put the toy on the ground and pull it along the floor and wiggle it, talk in an excited voice, saying things like “ya wanna get it!?”. If the puppy is still not interested, read the section “How to Get an Uninterested Puppy Playing With Toys” on ultimatepuppy.com).

Once the puppy has taken the toy in his mouth and has pulled on it for just a second of two, ask him to Drop it. At this stage we are just teaching the Drop so don’t expect that he knows what you are talking about, you need to teach him what the words mean. 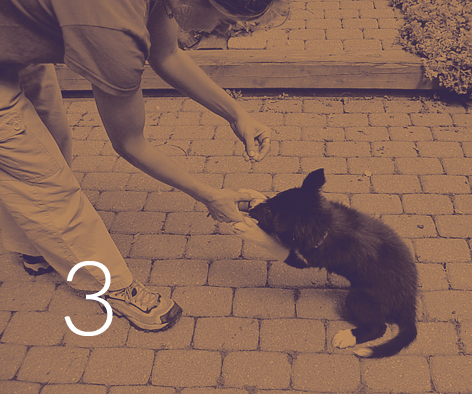 As you ask for the Drop it, put a tiny piece of food against the puppy’s nose. As he hears the cue, he scents the food and should let go of the tug toy. After he has let go, lure him into a sit as you ask him to sit. Once he is sitting, praise and reward him with the treat. 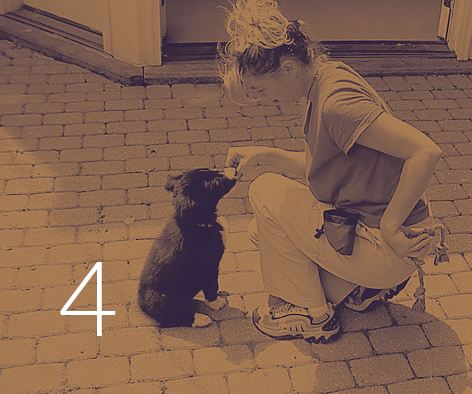 We teach the puppy to sit after we ask for the “drop it” to prevent him from jumping up to grab the tug toy. This is a very important step, do not omit it.
Next you introduce the cue Take it. This happens once the puppy has dropped the toy and done his sit. You start the game again by offering the toy back. The sequence goes like this; Take it – Tug – Drop it – Sit – Take it. Rinse and repeat!
You should proceed this way until you see that the puppy is readily dropping the toy when you ask. Start to fade out the treat to the nose but continue to reward the Sit with a treat for a few days and then more randomly, and then not at all.
Once the puppy is completely reliable with the drop it, you are ready to play a more vigorous and extended game of Tug.

Finding the Balance on Leash
Training Your Puppy in New Places

I have a puppy
I am a Dog Professional
Loading Comments...